1. VAR still has a lot of problems to face..

The choice to award Brighton a penalty in the 80th minute, which led to their second goal, highlighted many of the outstanding issues in the implementation of VAR. Whilst it can be endlessly debated whether Michael Keane’s contact on Aaron Connolloy was enough to merit a penalty, the main issue was how the decision was handled. Whilst Andy Madley, the referee for the game, saw the incident and decided no penalty, his decision appeared to be overruled by the VAR, Lee Mason. This begs the question “Why is the assistant referee calling the shots and what power does the VAR actually have?”

2. Everton simply can’t come back from behind..

The statistics are damning. In the 24 games Everton have gone behind under Marco Silva, they have gone on to win 0. That breaks down into 20 loses and 4 draws, showing that losing after conceding has become habitual for Everton. Whilst Calvert-Lewin’s goal in the 74th minute felt like it had broken the spell, that VAR decision and classic mismanagement killed off any hope. As the weeks roll on it becomes more and more concerning that neither Marco Silva or the players seem to have the strength of mind to end this run and something has to give.

Whilst hardly being a thrilling contest of which striker can outscore the other and being more a contest of who can score at all, we did see two decent number 9 performances against Brighton. Whilst Richarlison’s movement in the box forced an own goal from a corner in the 20th minute, Calvert Lewin made an instant impact from the bench netting in the 74th. Both of these players are starting to stake a claim for the striker role. The big loser however, continues to be Moise Kean who did not feature at all against Brighton and seems to be being starved of meaningful minutes. Hopefully he will start against Watford on Tuesday and can get his name in the conversation. Cenk Tosun also exists.

Amidst what was a very frustrating day, there were some positive individual performances. Whilst Mason Holgate’s performance met mixed review, its impossible to deny the quality of the ball that provided an assist for Calvert-Lewin and it was nice to see him step up to the task. Calvert-Lewin himself has a good game, coming on late and doing his job by getting a goal. Djibril Sidibé also had a decent 90 minutes, providing back to back performances in the league that probably justify keeping Coleman out of the team for the time being.

Everton’s home game against Watford on Tuesday marks the end of the rumoured three games Marco Silva had to salvage his Everton career. With one win and won loss so far, it suggests that everything hangs in the balance of an Everton win in the Carabao Cup. Even if this 3 game ultimatum is treated as just part of the Twitter rumour-mill is it obvious how important this game is for Marco Silva’s job. If, come next week, Everton sat just above the relegation zone, and had lost the chance of a decent Carabao Cup run, it would be hard to justify that Marco Silva was taking Everton in right direction. 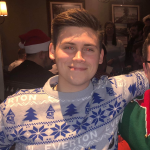