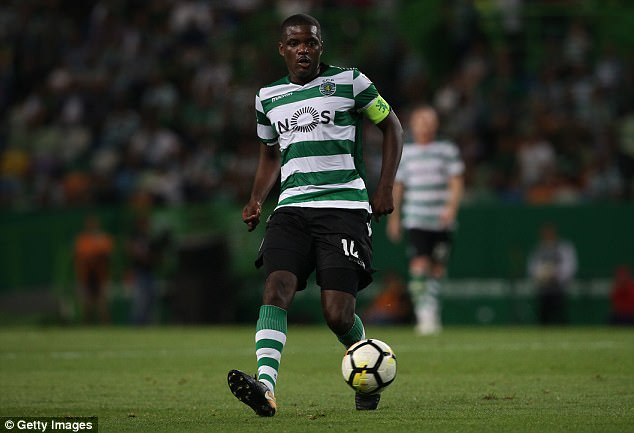 Despite rumours surrounding a William Carvalho move to Everton dying down, with Inter Milan or Real Betis looking the more likely destinations for the Portugese international, Estadio Deportivo have reported that his move to La Liga has stalled. They claim that although Betis had become the front-runners in the race and a deal had been agreed, Carvalho has failed to give his confirmation to the Spanish outfit and the host of clubs originally interested are back in the race.

This all seems a little typical of unknown outlets to try and spark a story out of nowhere, and in a summer that seems to be completely built up of rumours for the Blues and nothing concrete, this is just another ‘potential’ signing that will undoubtedly fail to materialise. The earlier reports from Record claimed that Everton are back in the race, as well as French side AS Monaco but Carvalho links to European clubs have become a little too stale.

The 26-year-old appears to have been linked with every club under the sun in the past few years and despite the fact that fans were excited about the original prospect of singing Carvalho, his less than impressive World Cup performances have led to that excitement fading away. It seems about time that Everton look to alternative targets as if this saga is to take all summer, it would probably be a waste of time.

There are several alternatives to Carvalho and Brands seems to be dealing with business under-wraps this summer, so expect more to be emerging from Goodison in the coming weeks.