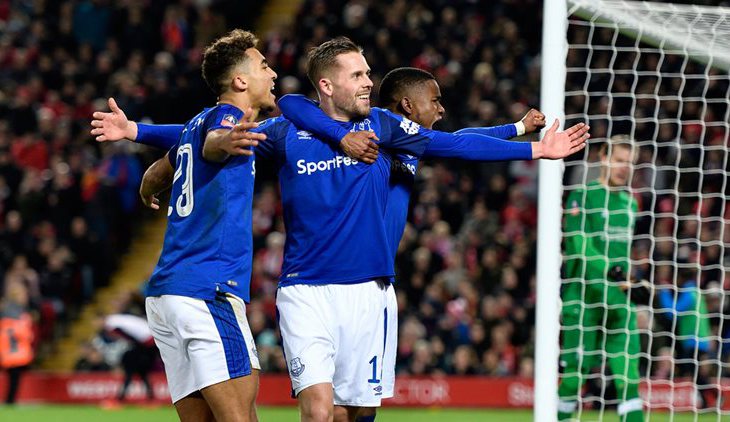 I hate derbies. Always have, always will. But this one was different. 8000 Evertonians in the Anfield Road end on a Friday night after being on the ale since 12 o’clock singing murderers to anyone wearing a half and half scarf was a bit of me. The walk up to the ground was boss, the team was probably our best possible team at this moment in time, taking injuries into account and the whole atmosphere was just a buzz. Like I said, I hate derbies but this is the cup and anything can happen.

The half and half scarves were up and out, the 1995 banner was out and the Steaua Bucharest banner was out (still baffles me the fact they embrace the positives of killing 39 innocent Italians). They’re not obsessed though. What was really heartwarming to see was nearly every single one of our fans, myself included, turning their back whilst they sang their tedious anthem. Up the fucking toffees.

We conceded a foul after 16 seconds which must be some sort of record but I was glad to see that we were up for this. 6 minutes in and the first yellow card awarded by the fat shithouse, Madley went to Rooney. A beautiful mistimed slide tackle on Gomez was why. Into these blues.

We honestly didn’t play too bad for the first half an hour, which I couldn’t believe. They hadn’t created enough to deserve to lead anyway, which is already better than the league game. We had a threat down the right in Bolasie but nothing came of it.

The hard work was broken down by the inevitable. A Liverpool penalty, obviously. Trouble is, this was never, in a million years a penalty and if you think otherwise then you’re either a deluded kopite or.. well that’s it. Even Danny Murphy, who’s probably one of the worst people known to man said it wasn’t a penalty. Even big, scruffy bifta breath Jurg thought it was soft. Lallana went down like a sack of shit but Milner dispatched the penalty with ease. 1-0.

Disheartened Everton? Disheartened fans? Absolutely fucking not. The blues were still more than up for this, as were the 8000 or so of us behind the goal, “show us your iPads…”, as was Sammy Lee, bouncing up and down the line. Everton him.

Up for it more than anyone was Mason Holgate, our beautiful, kopite hating, Cruyff-turn-on-the-edge-of-his-own-18-yard-box-executing flatlander. A battle for possession between him and the ladyboy ended up with the latter lying face down on row A of the main stand whilst Holgate stood there with the backing of his teammates and his fans. Firmino got to his feet and is now being investigated for racism towards the best centre half to come out of Barnsley’s youth (fuck off Stones). No bookings for anyone, what’s the ref actually paid to do? We should’ve had a free kick on half time as well as Calvert-Lewin was bundled over but what’s the point in even asking for one? Half time 1-0 but I could tell they all still believed. 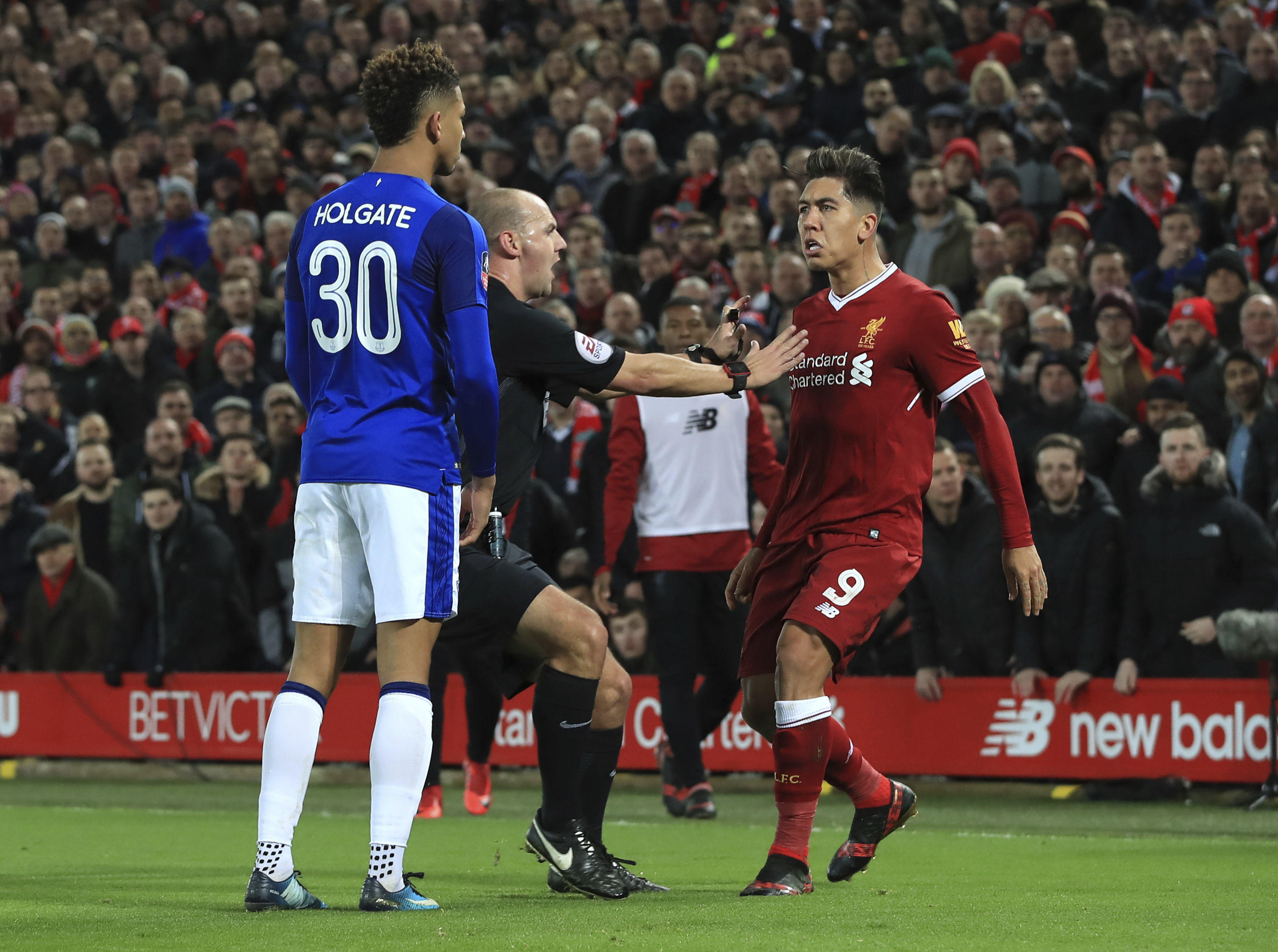 The second half was started positively as we had the majority of the ball in their half. This is a first for me. Rooney was replaced by Ademola Lookman and this was probably the best sub since Allardyce took over. Lookman was boss.

For about 10 minutes Liverpool pinned our defence right back but they stood firm. The reds had a corner on 66 minutes but it was cleared and all of a sudden we were on the break. Bolasie did brilliantly to find Lookman in all kinds of space, Lookman took it in his stride and who did he find? Who would you expect to be a part of a flowing counter attack? Calvert-Lewin? Sigurðsson? Nah, Phil Jagielka, absolutely bombing it down the right and just when I thought he’d taken too long to have a shot, he dragged it back, played in Sigurðsson and the coolest Scandinavian fella in town (and there were a lot of them) absolutely buried it into the bottom right. Composure in all its form and glory.

Carnage. The Annie Road was falling down, literally. Seats were going everywhere, bodies flying. Oh what a beautiful sight. We’re 1-1 and on the up with just over 20 to go. Do we go for it or take them back to our place? Neither.

Heartbreak arrived right on cue. Being an Everton fan I’m all too used to it but it’s always a gut wrenching feeling when the inevitable strikes. A corner was whipped in and the only thing Pickford has ever done wrong in his life lead to this goal. He chose to come off his line and punch the ball away but was beaten to it by the head of Van Dijk (who absolutely ran the show by the way, just saying) and the half and half scarves were back in full flow, being twisted round the heads of southern, Irish and Norwegian Kopites who don’t even know how to celebrate a goal, horrible wall pushing, racist defending twats.

Typical Everton that though, couldn’t announce and register Tosun in time for kick off and are then beaten by a player who was singed and registered in time to play that particular game. Never change.

We could’ve equalised right at the very end if Bolasie had played Sigurðsson in, instead of trying to ping a volley from 25 yards but yeno, he’s not to blame. They all put a shift in.

After the final whistle, we were all understandably gutted but gutted was where it stopped. Usually you’re gutted and pissed off at the fact we’ve just played shite and let them walk all over us. Not this time. We showed passion and fight, which is all any of us have been asking for this whole season. We’re out the cup which is shit but we gave them a game and matched them, which is a positive, considering we normally get turned over there. On to Spurs at Wembley with 30,000 Besiktas fans to watch Cenk Tosun be better than Harry Kane.