Ross Barkley is linked with a potential return to Everton next season, as he is amongst the Toffees’ transfer targets for the January window.

According to the Telegraph, Everton are interested in a loan move despite the 28-year-old attacking midfielder seeing limited opportunities for Chelsea since his signing in 2018.

Rafa Benitez will be hoping to add strength to his midfield selection, although Barkley may not be the most suitable option.

It is a decision that, likewise to the arrival of Benitez, would be controversial, and places further pressure on the manager if this new signing was to under-perform.

The former Toffee started in 150 games and scored 21 goals during his time at Everton, but has only managed to score four Premier League goals in 62 starting appearances for Thomas Tuchel’s side in between loan spells at Aston Villa.

This season he is yet to make an impact, with no goals in only five appearances for Chelsea and two big chances missed in attack.

At Everton his performances were questionable, as he was ‘unplayable one week and invisible the next’, with poor attitude both on and off the field.

His brightest years were back in the 2015/16 season, picking up eight goals and eight assists in 38 games for the Toffees, with 11 big chances created, although these days seem long gone.

His injury total is also a number to be considered, missing 11 games so far in the 2021/22 season for Villa and Chelsea, with 13 games missed in the 2019/20 season for his current club.

Players who bring consistent hard work and desire each week would be a significant addition to Benitez’ side, which, for a player like Barkley, may be too much to ask for at his age.

His statistics show creativity and quality passing in the final third, but this is a risky option in a year where taking another gamble surely must be off the cards.

Players like Richarlison and Demarai Gray are role models for what fans want in attack, and so there may be better transfer targets out there to help boost the side next year.

Previous similar signings have reduced the chance of young stars such as Anthony Gordon from being chosen in the starting line-up, which, after his recent performance against Chelsea, seems a little unfair.

However, regular playing time at Goodison Park may help Barkley regain his confidence, with a loan spell ideal for a short-term lift in attacking options.

Are his days of prime football in the past?

Let us know what you think in the comments. 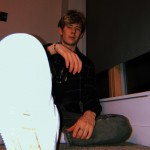