The only people in the country who enjoy the international break are those who support someone like Yeovil Town or Torquay. No one who supports a decent football team enjoys these dreaded weekends because, well it’s shit. However the Belgians love it. In fact they absolutely thrive off it and they make it well known to everyone, especially Evertonians. Last season it was Lukaku saying how much he wanted to play in the Champions League and bigging himself up and essentially forgetting that he played for Everton and this season, on the very first international break, Kevin Mirallas has done the exact same; spoken to the Belgian media about his desire to leave us for someone else. The only difference this time is that nobody’s even a little bit arsed. In fact the comments he’s come out with this week are laughable.

It all began at Chelsea away last weekend when he wasn’t included in the squad which sparked rumours he was off. Boss. Turns out he wasn’t included because of his attitude because he wasn’t playing enough. It’s not our fault you’re shit, Kev. On deadline day he wasn’t included in the Belgian squad and was pictured in the stands with his phone in his hand which sparked more rumours he was looking for a move away. He was still an Everton player at 11 o’clock. He then posted a story on Instagram which could easily have been mistaken for a 15 year old lad who’d just been finished by his bird. It was just 3 sad faces. Stupid, attention seeking, weird little gobshite. Funny though.

He then took to the media like all Belgian players love to do and expressed how gutted he was that Koeman didn’t let him leave, “I really wanted to join Olympiacos. I’m really sad.” Good. We’re all glad you are. He continued to say that he loved the fans and will one day go back there. And now a picture has been doing the rounds on Twitter of him carrying his shin pads which show the Olympiakos badge hahahaha I hope we never let him leave. All this because he’s seen his arse at his own manager for being a 3rd choice winger. I’d have rather have Bolasie and the current state of his knee running down the wing that have to watch Mirallas run horizontally across the pitch. 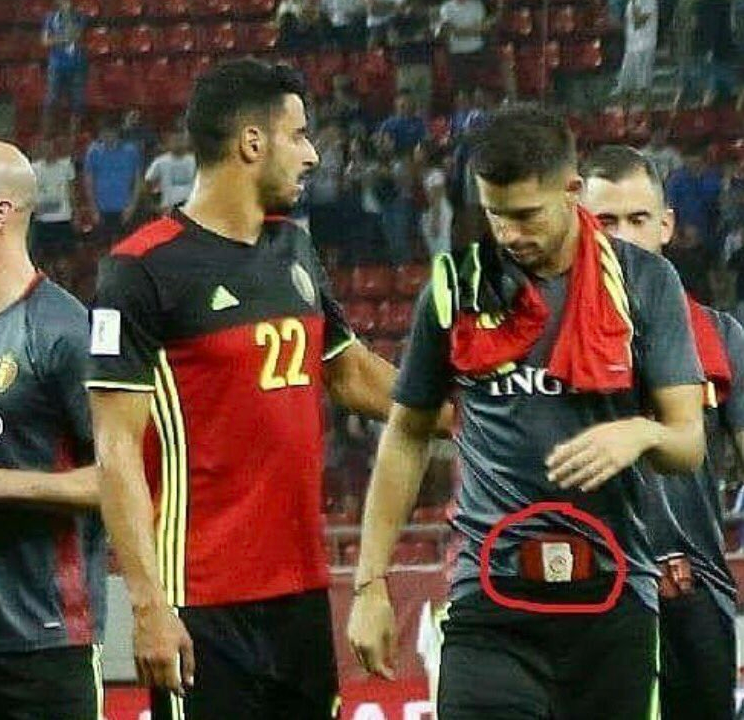 This scenario is similar to the Barkley one and they’ve both reacted badly to Koeman. Their first manager was Moyes and let’s face it, Mirallas was the first name on the teamsheet during Moyes’ tenure so no problems there. Next was Roberto Martinez who was almost as deluded as your average Tory. Aiden McGeady gave an interview on the telly explaining how Martinez never had a bad word to say about anyone and how he praised everything everyone did. He was a liar and made everyone feel better than they actually were which is what both Mirallas and Barkley thirved off. He must’ve said to the both of them that they were world class. Now, Koeman, a proper manager with realistic views and an “I don’t take any shit off anyone” approach to life has came in and knocked the pair of them back, and understandably so cos they’re not even that good.