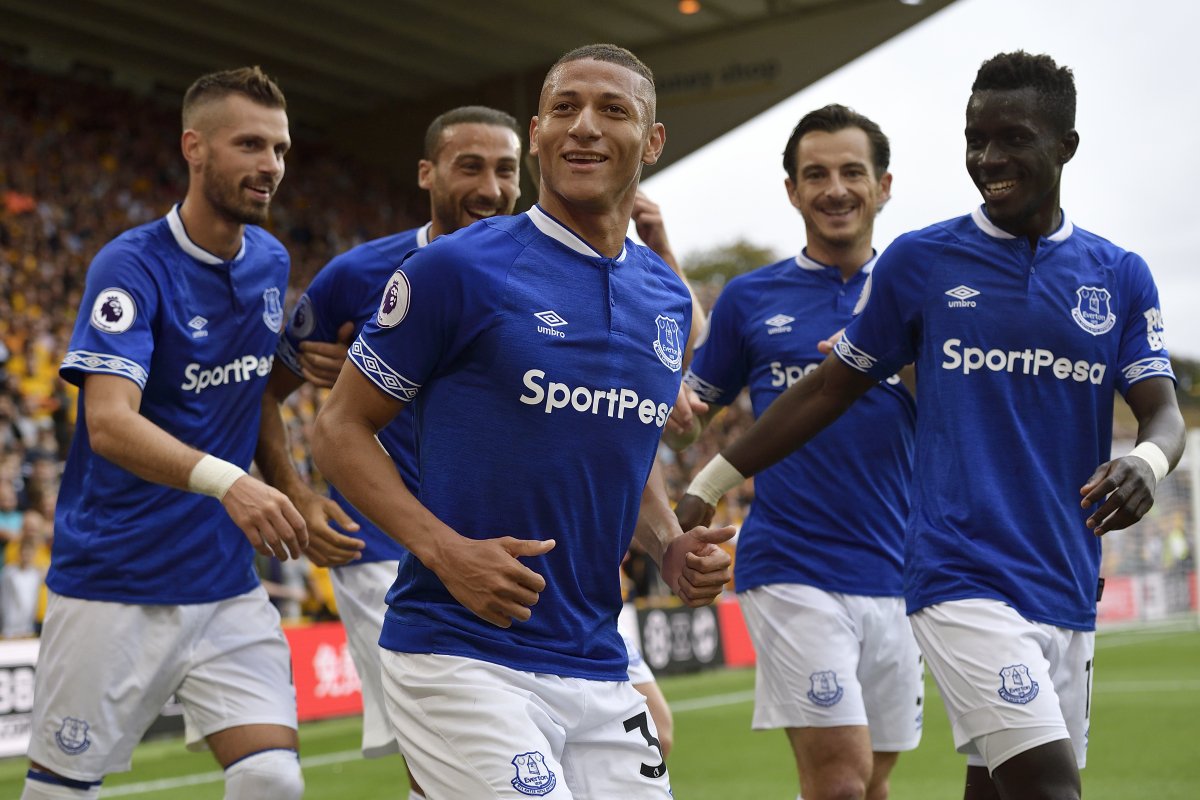 Jordan Pickford 5 – Couldn’t get to an excellent Neves free kick but could have done better for Raul Jimenez’s header. A little shaky on the ball at times, can be put down to rust having come back from holiday just over a week ago, but made a couple of decent saves.

Seamus Coleman 6 – Hearty display as always from the Irishman but still getting into his stride as the season begins. Could have done better during a late counter attack with Niasse alongside him.

Phil Jagielka 2 – Sent off for a rash challenge after not being alert enough of an oncoming attacker. Finished as an Everton starter?

Michael Keane 6 – Accused of leaning on Jagielka at the end of last season and was quiet in the first half, but proved relatively solid when his defensive partner was changed to Mason Holgate. However, could have done better preventing the second goal as he wasn’t close enough to his man.

Leighton Baines 6 – Gave everything as always, looked better than he did in pre-season. Tired in the latter stages of the second half inevitably.

Morgan Schneiderlin 6- Definitely more like himself, but still liable to be turned by a pacy attacker. Will be challenged for his place by Andre Gomes.

Idrissa Gueye 7 – Never showed the rust of some of his teammates, a constant ball of energy trying to break up the play in midfield.

Gylfi Sigurdsson 5 – Shame he had to be sacrificed after Jagielka’s red card, tried to make things happen.

Theo Walcott 5 – Cut a peripheral figure despite making a couple of clever runs off the ball. Never really got into the game.

Richarlison 8 – Definitely wears his heart on his sleeve and will be loved for it by Everton fans, but sometimes a little clumsy. Goals taken well, definitely can be a threat to opposition defences this season and prove his doubters wrong.

Cenk Tosun 6 – Worked hard off the ball but didn’t have too many chances on it. Brought off knackered with ten minutes to go.

Mason Holgate 6 (For Sigurdsson, 43) – Solid when called upon, looks to play a key role under Silva this season despite the couple of deadline day incomings in his position.

Oumar Niasse 6 (For Tosun, 81) – Always a trier. Cameo limited to a slightly wayward pass and a ‘what could have been’ moment in a good position late on when Coleman scuffed his lines.