Sylvain Distin was a player whom divided opinion and left the club under a cloud. In 2018 though, 3 full years after his departure, never has his absence been more keenly felt.

It wouldn’t be an understatement to say that Everton’s defence right now isn’t exactly watertight and inspiring confidence. The past few weeks of pre-season have made for painful viewing as the Blues have leaked goals all over the place and have looked incapable of doing even the basics correctly. Three goals shipped against Championship outfit Blackburn, four more against Ligue 1 minnows Rennes and only one clean sheet against an actual professional team all summer has underlined just how badly Everton’s backline is in need of major reconstructive surgery. The clock is ticking and a new centre-half can’t arrive soon enough whilst others who already here can’t pick their bags and leave at a fast enough pace. Everton have been in this position before however and not in the distant past either.

In the summer of 2009, when Joleon Lescott decided to trade Merseyside for Manchester (and a much larger pay packet), a crisis ensued which threw Everton’s start to the season into complete disarray. Our star defender was forcing an exit, his partner Jagielka was out nursing a long term injury, old hand Joseph Yobo’s heart wasn’t in it anymore and Shane Duffy was only 17 and barely out of the academy. The result was subsequently an opening day destruction at the hands of Arsenal who put six past our sorry defence. David Moyes was in desperate need for a new central defender, a new leader, a solid professional to come in and stabilise the chaos. Enter Sylvain Distin.

The former Portsmouth captain, also previously of Manchester City and Newcastle, joined the club late in the summer and was thrust straight in the first-team to replace the outgoing Lescott. The Frenchman was 31 at the time and Everton were his fourth Premier League club so expectations I remember were not overly high. He was just a short-term fix, a steady hand to get us through until the end of the season until Jagielka fully recovered and could link-up with another new boy, John Heitinga from Ajax. Distin was never expected to be a key player, a headline grabber or even something of a cult hero but by the end of his tenure he’d been all of that.

In that first season our no.15 made 38 appearances and was largely impeccable. Unfortunately though the most notable game in that campaign came against Sporting Lisbon in the Europa League in what was a very mixed night for the player. After initially giving us the lead that evening Distin was sold short by Jack Rodwell late in the game, left for dead by striker Liedson and forced the haul the Brazilian down in the penalty area. A straight red card followed and the Portuguese scored the following spot kick to grab a precious away goal which proved instrumental in our elimination from the competition. Distin had been so defensively sound all year and for him to feel like the fall guy at the end wasn’t fair, mistakes happen and on this occasion the blame definitely shouldn’t have been his to bear.

The following season he played in every single first-team game and was every bit as dependable as he’d been the previous year. A rock-solid partnership with Jagielka blossomed which conceded helped Everton concede less goals than the season before and over the course of the campaign Distin made over 500 successful clearances, won 99 aerial duels and picked up only a single yellow card. Impressive stats for any central defender in the Premier League, especially one of his age.

2011/12 though was by far the most memorable year of his tenure and if anything encapsulated his career overall. He was voted by his peers the club’s Players’ Player of the Season but, like several years previously, the only thing anyone was left remembering was a nightmarish blunder in what the biggest game of the season. Meeting Liverpool at Wembley in the FA cup semi-final Everton were leading through a first half Nikica Jelavic strike, were firmly in control and and had our neighbours right where we wanted them.

Then, seemingly out of nowhere, Distin suffered a complete brain lapse and made a horrendous backwards pass that played in Luis Suarez one on one. Liverpool were gifted easiest equalising goal you could imagine and you all know what then went on to happen after that.

Evertonians that day were left in despair, his manager was lost for words and the man himself was inconsolable. An error as gigantic as that would have and has ruined the careers of many other footballers but, ever the noble professional, Distin did not hide away or ignore his critics. He immediately apologised to the supporters and his team-mates because, unlike many other players who’ve passed through Goodison’s gates down the years, the former Paris St-Germain man knew exactly what that game had meant to the fanbase and fully understood what his error had cost the club. 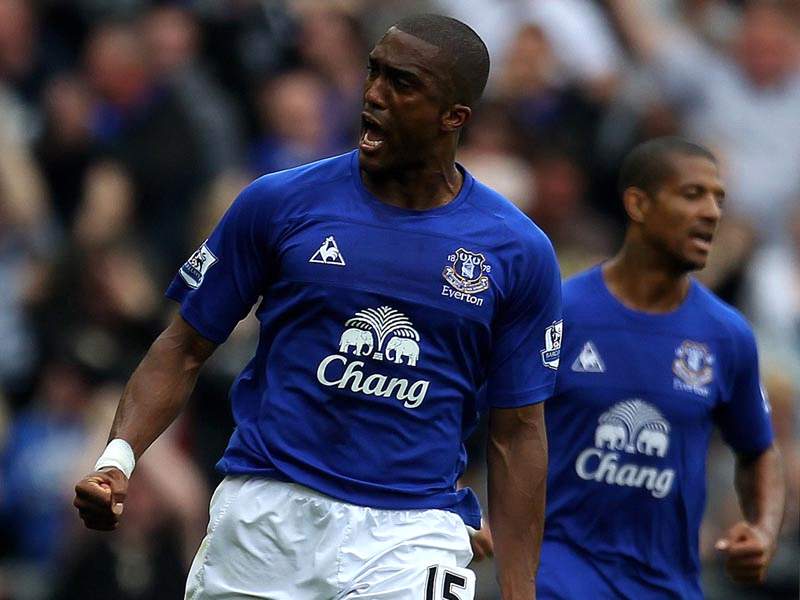 For some it will always be his defining moment, a misjudgement so huge that it could never be forgotten or forgiven but for most his sincerity afterwards and strength of character was a shining of example of how every person should respond when directly responsible for causing such mass heartbreak. He and Everton were thankfully able to put that fateful day behind them and move forwards with more great displays and memorable days in the Premier League.

Eventually by 2014, with Moyes gone and Roberto Martinez now in the dugout, Distin found himself caught in the middle a revolution of football philosophy which was sweeping through the club. His new manager was adamant about his defenders learning to play out from the back, a tactic the veteran obviously wasn’t familiar with or capable of adapting too. Pressured into this way of playing his performances began to noticeably decline and by the Catalan’s second season in charge it was clear Sylvain’s time at the club was nearing its’ end. Rumours of a fall-out between the player and manager spread after he was dropped from the first-team in favour of the emerging John Stones and there were even stories of him being banished from Finch Farm (which were denied).

Evertonians finally heard the full story from the horse’s mouth when Distin himself, in an interview with French media some time later, explained that Martinez refused to authorise a loan move he wanted in January 2015 and the two did not speak for the rest of the season. His final appearance in royal blue came on the final day against Spurs when he was granted a late cameo appearance as a token gesture. It was a sad and strangely anti-climatic finish to his Everton career, ostracised by a manager whom himself ultimately ended up falling on his sword and was booted out for trying to implement silly methods and unrealistic ideas.

After leaving Distin joined promoted side Bournemouth but was only used sparingly in his single year there before being released and quietly retiring from professional football. Nowadays he’s living back in France and doesn’t seem to have any desire to get back into the game, at least not at this point. However, should he ever wish too it is my personal opinion that there should always be a place available for him at Everton Football Club. 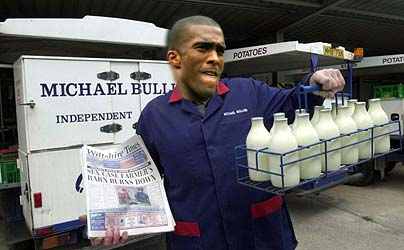 Yes, his head-strong personality certainly rubbed some people up the wrong way, yes he did make the occasional gaffe both on and off the pitch and yes, perhaps the scars of Wembley will never heal for some. For me though the Frenchman could teach players, both young and old, a thing or two about the lost art of defending. As the most capped outfield foreign player in the history of the Premier League he will possess a wealth of knowledge that would be invaluable to have and why shouldn’t Everton seek to use it? Big Sylvain clearly retains an affinity for the Blues because only last year he came back to Merseyside to watch his good pal Tony Bellew capture the world title at Goodison Park and caught up with club officials (who were absolutely delighted to see him) so he certainly still has many friends on the blue half of Merseyside.

In 2018 Everton need a player of Distin’s ilk more than we ever have before. A no-nonsense, old-school style centre-half who had the physical frame to tangle with the toughest of Premier League strikers and the pace to keep up with the quickest forward players around. Right about now we could really use a new “Milkman”, here’s to hoping Marcel Brands and Marco Silva can find us one before the window shuts.