It’s been a difficult few months for Ademola Lookman but we may now finally be seeing the player Silva and Brands were so dead-set on keeping at the club. Is it time he was given an extended run to show his real ability?

Everton’s young winger failed to get the move he clearly craved in the summer and it’s fair to say he’s not been in the good graces of some supporters since then. Few appearances and no goals so far this season, whilst new signings like Richarlison and Bernard have mostly flourished, has only added to the feelings some may still hold that it was a mistake refusing to do business with RB Leipzig for his services.

Lookman’s spell in Germany last season was fruitful and intrigue about where he’d fit in this year upon his return was high. Given the opportunity to start regularly, in what was a very capable side by the way, the U20 World Cup winner impressed in Bundesliga with 5 goals and 3 assists. He impressed so much in fact that much to Evertonians’ annoyance Leipzig resorted to dirty tricks in hope of bringing him back on a permanent deal. Marco Silva and Marcel Brands had none of it because to them Lookman still had a big role to play in their long-term vision for Everton Football Club, they were unwilling to recast his part.

If that was their attitude however then why has this led to such few opportunities this term up until now? The season is already over two months old but Lookman has yet to start a league game for us so far. His four appearances altogether in both league and cup have only added up to 142 minutes which is quite a small amount considering how he hasn’t been injured.

The manager has given sketchy answers whenever asked about where Ademola stands exactly in the squad’s pecking order. At one point he explained how the South Londoner would have to fight for a place (fair enough) but on another occasion was quoted as saying;

“I don’t like to talk about him every day. I have already told you my thoughts about him and his skills as a player. Our decision is already made.”

It’s obvious that he values Lookman but does he fully trust him? It’s been difficult to tell given how little he’s featured. 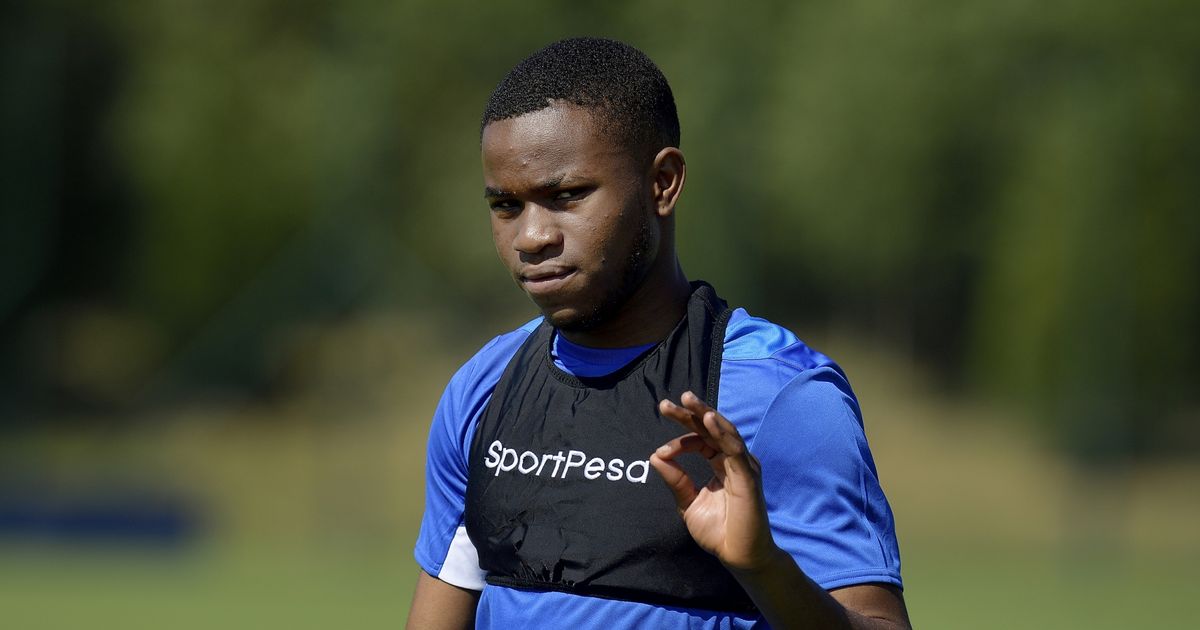 To the player’s credit however the past several weeks have displayed a notable improvement in his general demeanour. Whereas in the early weeks of the season he appeared disinterested, as if stuck in a childish sulk, recently in an interview he spoke very maturely about his current situation. Lookman revealed some comments made by England U21 manager Aidy Boothroyd of all people really struck the right chord with him. He said;

“It’s very important to hear criticism because you can get caught up in this bubble. When someone tells you, is real with you and tells you the truth, it allows you to think and bring yourself back to reality.

‘He (Boothroyd) spoke to me about it (the failed move) but I’ve just tried to put it behind me and move forward. I’m at Everton and I will do my best and train hard.

‘I did think the comments were fair. I feel more settled now, the transfer window is behind me so I’m getting my head down and working hard.

That’s so much more like it from Everton’s no.31. That’s the exact sort of attitude that his manager, likely his team-mates and almost certainly us supporters want to see from him going forwards into the future.

There’s been quite a few games already this campaign where the Blues have come away with less than they arguably deserved, a lack of cutting edge clearly evident as the main reason. Perhaps if Lookman, who only turned 21 earlier this month, had been more involved in some of these matches then the final scores could have been different? His vital contribution in Everton’s recent win over Crystal Palace, as well as his positive impact against United last Sunday, stick for more in the memory than anything Theo Walcott has managed to offer for quite a while now.

It will no doubt been difficult for youngster during the occasions that he’s been left on the sidelines and watched as his team struggled to make breakthroughs. Young minds tend to wander during frustrating periods and Lookman has probably been daydreaming about what life could have been like had he gone back to Germany. The Leipzig move though doesn’t appear to be something that will ever come to pass and the player himself seems to have come to terms with that fact. He was brought to Everton in January 2017 and inked a four-and-a-half year deal, tying him down at least until June 2021. Upon his signing at the time he told the BBC;

“It feels great to be an Everton player. As soon as I heard about their interest I knew it would be the right place for me.”

Though much has turmoil and change has occurred ON the pitch since that time, OFF of it most of the crucial pieces at the club remain the same. Everton are still a brand with a long-term vision in place. Still have a squad that is looking to challenge and achieve things in the very near future. Still a project that any young and ambitious player should feel excited be part of. In summation, there is undoubtedly more to gain by being here than there is being at RB Leipzig, something Ademola clearly forgot and needed to remember for himself.

Heading forwards you’d like to think there’s going to be plenty of opportunities for the ex-Charlton man to get the game time he so clearly craves. And with Nigeria and England in a fierce tug-a-war for his international allegiance too there is plenty to feel positive about if you’re Ademola Lookman. Hopefully this recent upswing in mood will translate into great performances on the pitch, which will in turn mean more success and more joy for both the team and us supporters.

The summer is well and truly behind us now but in hindsight it’s clear that Silva and Brands together handled the entire saga brilliantly. Lookman may have felt disappointed and disillusioned back then but thankfully that funk hasn’t ultimately lasted for too long. The player whom excited us all so much with his debut epic goal against Manchester City is back and looks ready for business. All he needs now is just a catchy chant for fans to belt out on the terraces so go Blues, you know what to do.