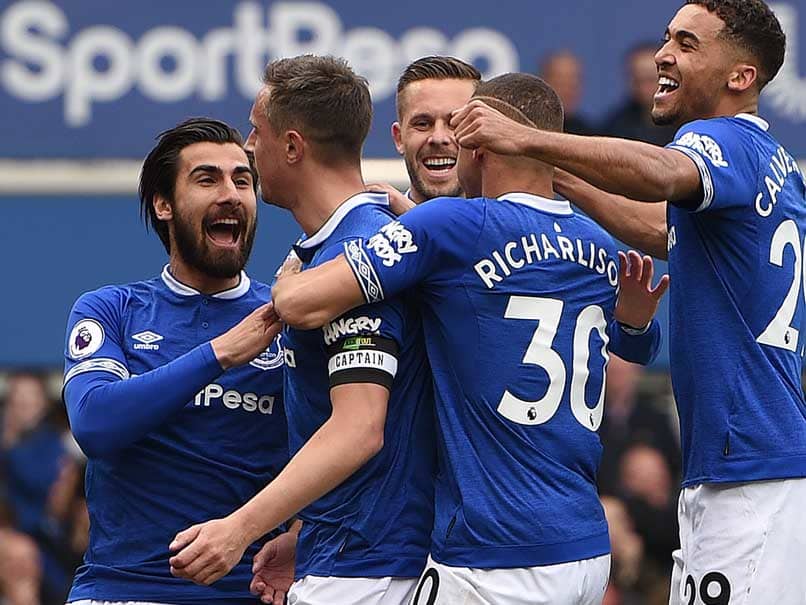 The most prominent story from the game is undoubtedly the winning goal being scored by a man who wasn’t even supposed to play. Everton captain Phil Jagielka was initially supposed to start the game on the bench had it not been for Micheal Keane taking ill in the warm-up prior to kick-off. With Jagielka’s only recent appearance coming in the 3-0 victory against Cardiff in February. With doubts cast over whether or not the 36 year-old could contend with world-class talent such as Henrikh Mkhitaryan, Mesut Ozil & Alexandre Lacazette, the skipper replied by becoming the oldest player to score in the Premier League this season & an assured defensive performance alongside Kurt Zouma.

Similar to their showing against West Ham last week, Everton were engaged & on the front foot from the off, only this time buoyed by an encouraging Goodison crowd. A long throw into the box from Lucas Digne was the warning shot for Bernt Leno & his three-back defensive line. An identical opportunity came knocking for a second time inside the first 10 minutes, the French international made no mistake as his looping throw caused anarchy in the 6-yard box, with captain dependable Jagielka the man in the royal blue shirt to side foot the ball into the net.

What ensued was a Goodison performance reminiscent of brighter days, laden with a total of 23 shots from Silva’s team opposed to Emery’s sides minuscule seven efforts. Running Arsenal’s defensive line ragged, Dominic Calvert-Lewin had arguably his best performance of the season, forging plenty of goalscoring opportunities for his team mates & a relentless pressing game, which forced Leno into several errors with the ball at his feet. His hold-up game was also on point, allowing time on the ball for those around him such as Gylfi Sigurdsson, Richarlison & in particular Bernard; who treated the spectators to an array of skills including no-look back heels & an exquisite piece of ball control which left Ainsley Maitland-Niles on his backside.

Everton’s better chances of the game fell short of the clinical edge that would have given them the bigger goal margin to nil they merited. Many of these efforts were straight at the German Leno in the Arsenal net with Sigurdsson & Bernard the culprits in 1 v 1 situations despite the goal scoring opportunities being manufactured through fluid attacking moves. The introduction of Pierre-Emmerick Aubameyang & Aaron Ramsey- who both have high goal/assist return figures in games against Everton, was ultimately useless, as Everton secured the three points without any relative danger.