Well, if we could sum up our season so far in one game, maybe that was it. Another underwhelming performance in which we manged to snatch a draw from the jaws of victory against a 10-man Limassol at home.

As soon as the team was announced we knew it wasn’t going to be an easy night. Koeman hasn’t got his team selection right once this season. That’s no joke. Not once. Those rare occasions we have actually looked like a football team, (you know with the ability to pass, shoot and defend), have only come after the players who should have started, had been substituted onto the pitch.

A 4-3-3 with just Sandro Ramirez possessing any form of pace, and even he could probably chip it over the bar from the goal line at the moment, such is his confidence after a disappointing start at Everton. The Blues started sluggish and were punished after 12 minutes. Williams, (who should be dropped after a torrid season so far, but Everton can’t afford to simply for their own failures to get in any left side Defensive cover in the summer) gave a sloppy pass away too Anton Maglica on the edge of his box who sent a precise cross to Adrian who eventually got his effort past Pickford. 0-1.

The visitors nearly made it two four minutes later. Vasiliou (the fucking left back) hit a sweet volley that flew just wide of the Everton goal. Things were getting messy quickly. Lucky for Everton it was 1-1 five minutes later. A mistaken pass by the defence played the ball passed the Limassol goalkeeper and put Rooney through in on goal who slotted into the empty net. It was probably the best assist to an Everton goal all season. Relief all round.

Half time saw Vlasic come on for Gueye. A much-needed injection of pace. And guess what… Everton played better! It’s astonishing really. Common sense does prevail, it’s just a shame the Manager doesn’t seem to have any. It was only fitting on 66 minutes Vlasic got his first Everton goal. A clever ball by Sigurdsson put Vlasic through on goal, he then fired his effort into the bottom left of the goal. 2-1. Job done? Not quite. 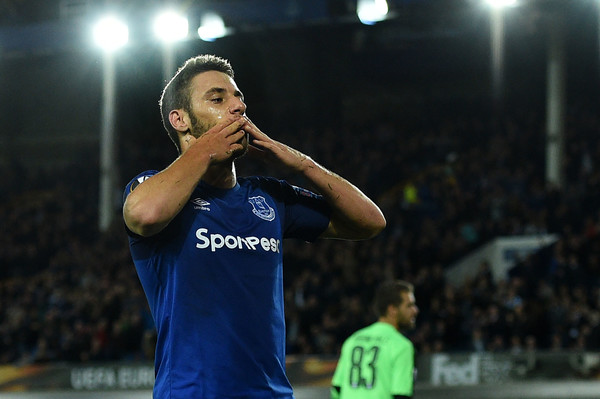 Klaassen and Calvert-Lewin came on and settled into the game well. On the 86th minute the visitors were reduced to 10 men. A shithouse challenge on Calvert-Lewin whilst he lay on the floor enraged the fans and even lit a spark in Davy Klassen who was right in the mixer pushing and shoving. It was good to see. With Limassol down to 10 men it felt like the win was secured.

112 seconds. That’s all it was between the sending off and the equaliser. A sickener. A free kick by Joao Pedro was swung into the box and nodded on by Yuste into the Everton net. 2-2. Embarrassing. Calvert-Lewin nearly rescued the points in stoppage time after meeting a great cross from Vlasic, but the keeper pulled of a superb point blank save.

2-2. At home, to Limassol. Everton have it all to do if they want to progress out the group. The remote glimmer of hope is that Everton lost one, drew two, and still won their group in 2014. But the form this team are in, I wouldn’t hold our breath. Thankfully for me I’m not covering Burnley this weekend. Look out for Joe’s debut preview and report. Hopefully the Toffees give him something to shout about. But that wraps up another night of nights to forget as an Everton fan