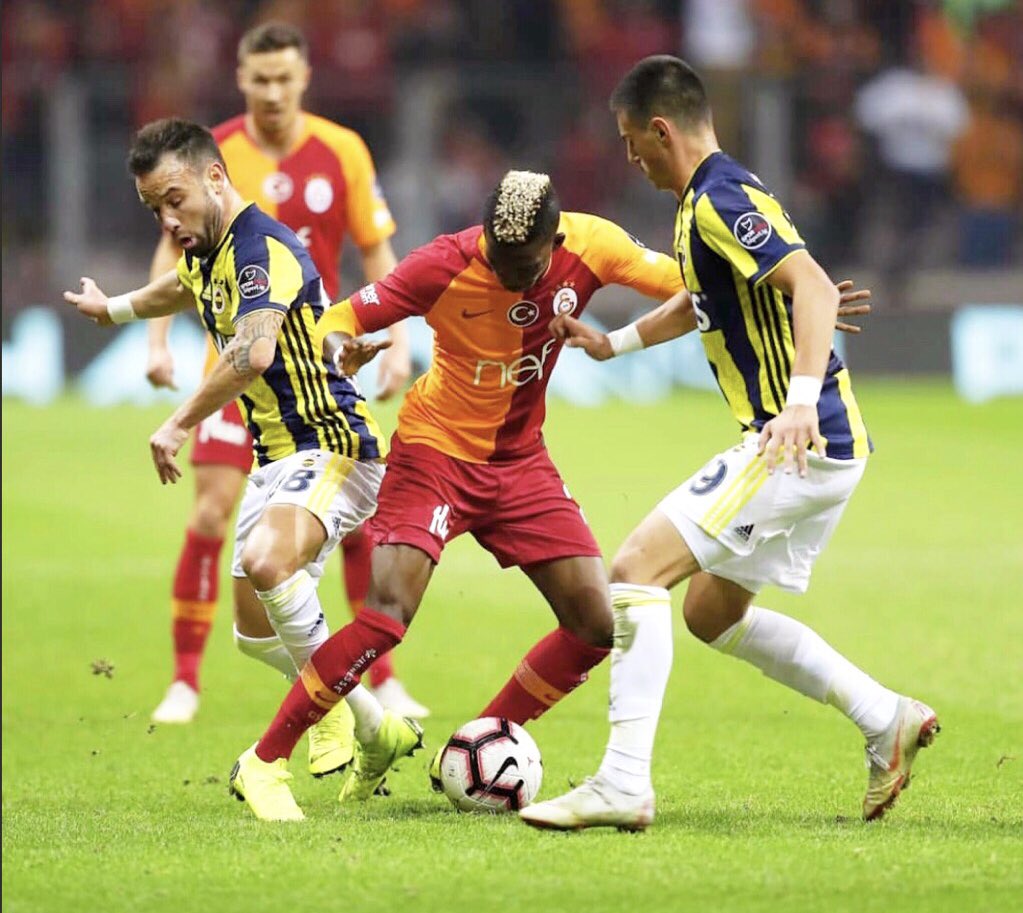 Onyekuru returned from injury to start on the right wing for an eventful 2-2 draw with Fenerbahce in which there were three red cards, but unfortunately it wasn’t as eventful for the Nigerian winger who had a quiet game, getting just two shots away and not being successful in any of his seven duels and three dribble attempts.

He kept his place in the side for the 2-0 Champions League loss at Schalke, and had a similarly quiet game. He had some good news this week though, after he was placed on standby for Nigeria for the upcoming internationals and then took the injured Odion Ighalo’s place in the Super Eagles squad.

Vlasic had a typically energetic game against neighbours Dynamo Moscow at the weekend, which finished 0-0 with his opponents suffering a red card late in the match. Despite the match finishing goalless, Vlasic saw plenty of the ball in a right-attacking midfield role and finished the game with an 84% passing accuracy from 44 passes.

The in-form Croat was given a more central role in the 1-2 Champions League defeat to Roma, and again saw plenty of the ball but wasn’t able to have anything to show for it after one of his team’s three centre-backs was sent off early in the second half.

Mirallas was moved over to the right wing for his side’s third 1-1 draw on the bounce against Roma last weekend, and was subbed off after 53 minutes after doing next to nothing. Not our problem any more!

Please tell me you’ve seen it? If you haven’t, go and look it up for a good laugh.

Sandro came off the bench for the last 20 minutes of his team’s 0-0 draw with Sevilla, and did as much as he could in a wide attacking midfield role before being put through on goal for a one-on-one with the opposition ‘keeper, managing to welly the ground instead of the ball and absolutely flying over to land in a £120,000-a-week bundle on the ground of Sevilla’s penalty box. Oops.

Pennington had a solid first game in central defence under new manager Paul Lambert, winning both of his tackles, eight out of nine of his duels, and making eight clearances in the 1-1 draw with Preston North End. He made a wonderful tackle to prevent on-loan Manchester City forward Lukas Nmecha from scoring the winner, and even went close to scoring himself with a header in the second-half.

Luke Garbutt was left on the bench for the 3-3 draw away to Scunthorpe United, and has been struggling to get back into the side of recent weeks.

He started the Football League Trophy visit of Wycombe Wanderers, though, which they won 3-0, and will hope to hold onto his place in the side as they host Forest Green Rovers in the First Round of the FA Cup this weekend.

Robinson showed his pace with plenty of forays forward in his side’s 1-2 defeat to league leaders Leeds United, and had a good game despite losing.

Connolly was dropped from the squad for the match, with former Blue boy Darron Gibson preferred in midfield.

Williams had another solid game alongside Bruno Martins Indi, using his physical presence to ward off a few Middlesbrough attacks in the 0-0 draw, winning all three of his duels.

Besic faced old Blues teammate Williams in the game above, and was all over the pitch in another dynamic display. He was typically aggressive in the challenge, and was 88% accurate of his 48 passes.

Bolasie had another super-sub performance against Bolton Wanderers after replacing Albert Adomah, though the goals had already been scored in the 2-0 win. He got up and down the right wing with plenty of energy, and tried to take players on and make things happen as usual.

Williams worked hard again in midfield, but conceded a controversial free-kick which led to Villa’s second goal in the game above. He got on the ball plenty, though, with a 76% passing accuracy of 42 passes, and won six of 16 duels.