1. Everton after long last, finally have an identity

After amassing 3 different managers last season & not taking to any clear tactical identity, Everton look to have taken to Marco Silva’s forward thinking philosophy of football.

Organisation was apparent both on & off the ball, with clear distinctions between midfield & defence- which was not the case last season; as players were often uncertain of their positional duty (with reference to both Man United & Arsenal away 17/18).

Fullbacks were permitted to carry on further up the pitch when in an attacking sequence of play as shown by Leighton Baines’ impressive display which total more touches of the football than any other Everton player (84).

2. There is more to come from attacking facade

Tosun finally does not look isolated. He was dropping deep, almost in a playmaker forward role & demonstrated just how useful he is. As shown by his connection with Baines, & tee off for Richarlison’s second, Tosun’s ability stretches far beyond rifling shots into the net- his 37 touch emphasised his footballing intelligence.

Though there were a few chances squandered, most notably Richarlison’s bluffed through ball to Theo Walcott & Seamus Coleman’s overhit square pass to Oumar Niasse, players were finding themselves in good positions & working the ball into the right areas. This is all without chief playmaker Gylfi Sigurdsson who was sacrificed to fill the hole in defence following Jagielka’s red.

Memories of West Ham at Goodison 15/16 spring to mind when discussing the feeble mentality of Everton: blowing a lead after having a man sent off. However, after many coming & goings on the manager front with little impact, Silva’s Blues did not lose their heads & looked well drilled when the tides went against them. Conceding from the free-kick straight after having their captain sent off did not see Everton implode. They shored up.

Even with the defence Silva had inherited from Sam Allardyce’s stint at the club, the trauma of last season did not look apparent. With the side completing 23/29 attempted tackles, more than double the total of their opponents.

Though conceding the possession game to Wolves, Everton were efficient with their time on the ball with the reinvigorated Morgan Schneiderlin completing 86.3% of his 51 passes. 28 in the oppositions half. 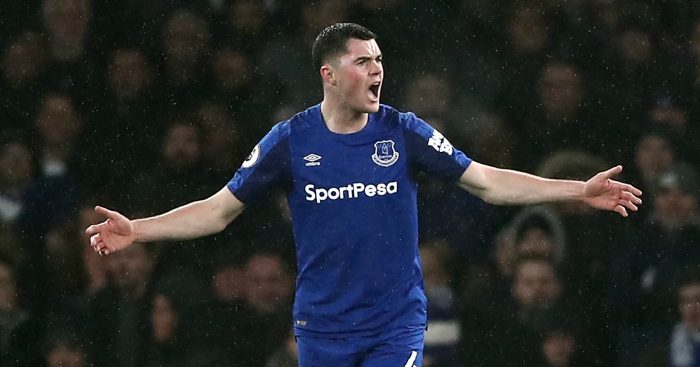 Having mentioned Morgan Schneiderlin, it feels appropriate to highlight his clear rise in work-rate & effort, which deserted him at times last season. The “boo-boys” will now be happy to see Schneiderlin tracking back for the cause since Silva has took charge- winning all of his 3 aerial duels too.

Michael Keane is another of those who ceased to show his best football last season & the wide spread option after the opening game is that Keane played his best game so far in the royal blue jersey, as he stepped up to the plate following the captain’s dismissal. Completing 39 of his 48 passes & winning 4 aerial duels, he marshalled the back line well.

Everton debut, 2 goals. Richarlison expelled any doubt cast over whether or not he has the ability to cut it at the top tier of English football. Interlinking with players well going forward & putting in a noteworthy defensive shift: 1 interception, 3/3 tackles completed & 1 clearance.

Chomping at the bit for his first goal & showcasing some exuberant finishing for the second, Richarlison looks an enigma in this Everton side & a real menace to contend with for defenders due to his physicality & characteristic Brazilian flair. He has left us all wanting to see more.